The Economy And Angling - Our Dollars At Work In Washington State

(article and photos in color by Dylan Jones) This summer, I was able to travel with family to Anacortes, Washington for a short getaway trip. From the minute we landed in Sea-Tac, it was abundantly clear that Washington was very much an angling state- and proud of its heritage. Anacortes itself has a rich fishing history that acts almost as a micro-snapshot for the role angling has had in Washington as a whole. Traveling through Fidalgo Island and down into Seattle really inspired me to write about the impacts that anglers have on the economy and hopefully share a snippet of the beauty this state had to offer during our journey.

Washington state is as much productive as it is beautiful. The Evergreen State is home to famous sports teams like the Seattle Seahawks and the Seattle Mariners, as well as high profile tech giants like Bill Gates and Jeff Bezos. While this state carries notable names and robust metropolitan areas, agriculture and commercial/recreational fishing are definitely the major players into the overall economy and lifestyle of Washington. Washington is steeped rich in fishing history and culture. In fact, recent archaeological evidence shows traps made by Native Americans dating back about 650 years. In other words, this vast and wild region has been so deeply rooted in fishing- likely past any trackable date that we can hold to as a true starting point- giving its angling heritage an almost mystic lore and legacy.

While the inception of fishing in this territory may be hard to pin down, it is very easy to attribute what impact it has on the economy in Washington. Simply put, the state of Washington lives and breathes fishing- both recreational and commercial.

"...Washington lives and breathes fishing- both recreational and commercial." 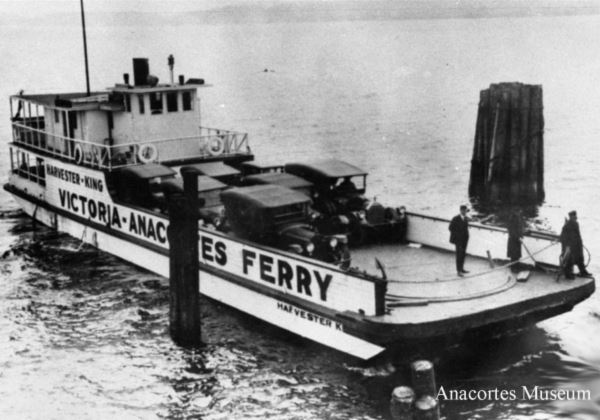 While we know that commercial anything is going to bring in boat loads of revenue (pardon the pun), did you know that recreational fishing is a major contributor for revenue and growth in many states? According to a report by the American Sportfishing Association, "Recreational angling constitutes one of the largest components of outdoor recreation in the U.S., having generated over $48 billion in retail sales in 2011 (USFWS, 2011), and contributed $115 billion to the national economy (ASA, 2013)."

Yes, you read that correctly- 48 billion dollars in retail sales in 2011 alone. And what were Washington's contributions? They had ~1,150,310 resident anglers, $1,136,601,121 in retail sales, created 15,530 jobs and brought in a collective $257,779,017 in both federal and state taxes. Anglers should be proud to know that while they are pumping this much life into the American economy, they are also feeding the growth and preservation of our beloved waterways.

According to the Washington Department of Fishing and Wildlife (WDFW), between 2015-2017, they were able to put 120.2 million dollars towards expenses promoting the growth of outdoor recreational activities. Here's the kicker: 53% of this budget came from Fishing License sales. In short, you can't put enough emphasis on the fact that fishing plays a crucial role in our economy and the preservation of our waterways as a whole. The front entrance to the Pikes Place Market There is never a bad time to introduce someone to this passion of ours. Whether it be your own children, a friend, your neighbor or a coworker. We all know someone who could benefit from getting outside, getting in touch with the beauty in this world and getting their first bite. So, let's continue to pass the torch, strive to improve the sport and our waterways, and always remember the role we play by just doing what we love to do- going fishing.

Article and Photos in color by Dylan Jones. (Thank you to the City of Anacortes for the photo of the historic ferry-https://www.anacorteswa.gov/337/Anacortes-History).

Thanks to the Washington Department of Fishing and Wildlife (WDFW), the American Sportfishing Association and the City of Anacortes for assistance in data and statistics. Oh! And to my wife for using her gift of gab to help her husband get behind the scenes at Pikes for the shots.